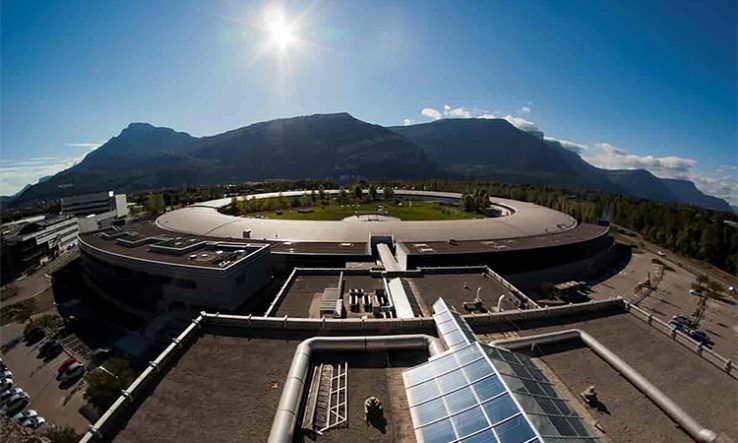 Publications are the lifeblood of research, but the war in Ukraine has derailed longstanding protocols for how scientists are named on them.

Some institutions, such as the European Synchrotron Radiation Facility in France (pictured), no longer allow the submission of joint publications with authors affiliated with Russian institutions, because of Russia’s invasion of Ukraine.

At a physics experiment in Japan called Belle II, which studies subatomic particles called B mesons, institutional affiliations and details of funding sources are now being omitted by all authors on publications, as an alternative way forward.

On 8 June, the institutional board of the Belle II collaboration announced that because some members could not be listed as authors on papers together with Russian institutes or funding agencies, it would abandon affiliations entirely on future papers.

The project, which involves around 1,000 physicists from 26 countries, also plans not to acknowledge any national funding agencies in these publications. Previous publications have credited Russian state funding.

Board chair Boštjan Golob told Research Professional News that the change was not driven by restrictions from funding agencies but by the “ethical reservations” of some researchers. The policy was developed to support Ukrainian colleagues, condemn Russia’s military action and support scientific collaboration with individual Russian colleagues, he said.

“We tried to reach some kind of policy satisfying on one hand a clear statement of support to our Ukrainian colleagues and condemnation of the Russian aggression, and on the other hand [acknowledging the] historical role of scientific collaboration as a bridge among nations.”

Some leaders of other labs that have Russian links or researchers think the Belle II approach has merit.

At the European X-Ray Free-Electron Laser Facility in Germany, publications with authors with Russian affiliation are currently subject to a special review process. “The Belle approach seems like a reasonable one to me,” Sakura Pascarelli, a scientific director at the European XFEL, told Research Professional News.

But this trend has split the community, with critics saying they are disturbed by the move and questioning its practicality.

“If we are talking about all institutions then I do not understand why other scientists must suffer because of the guilt of the Russians,” Serhii Nazarovets, a scientometrics researcher at Borys Grinchenko Kyiv University in Ukraine, told Research Professional News.

Allen Caldwell, a spokesperson for the particle physics laboratory Cern’s Awake experiment, said it was not clear whether the Belle II approach was a viable solution. “A lot of people think that this will not work in the long term because the institutions will insist that their names appear on the publications,” he said.

For Russian scientists, issues around publishing papers with colleagues overseas are a big problem. According to a European Commission study on the war’s effects on R&D, 25 per cent of Russian researchers’ publications between 2000 and 2020 were the result of international collaborations.

Controversy over co-authorship is already affecting their publications. Joachim Mnich, Cern’s director for research and computing, told Research Professional News that the submission of future papers with Russian co-authorship for publication was being studied carefully.

This process is slowing down submission, with researchers estimating that dozens of papers on Cern’s Atlas experiment have been held up.

“It’s a major issue at the moment,” according to Rustem Ospanov, a physicist at the University of Science and Technology of China who works on the Atlas experiment.

Publications are the lifeblood of research, but the war in Ukraine is changing their composition and slowing their circulation.